The PM has been using this graph a lot. She used it in presentations. And on Facebook.

But it is misleading as hell. And remember this is the PM who just days ago said she wanted a truthful election campaign.

Here’s the two most dodgy parts of the graph.

Sadly one can’t complain to the Advertising Standards Authority about Jacinda’s dodgy graph because she is only using it on her Facebook page and in presentations.

In the interests of factual campaigns, here’s confirmation the 4 lane highway from Whangarei was funded by the last Govt, not quite what PM & Peters keep saying. I could keep going on other projects cancelled then reannounced but thought I’d start with one at the top of our map 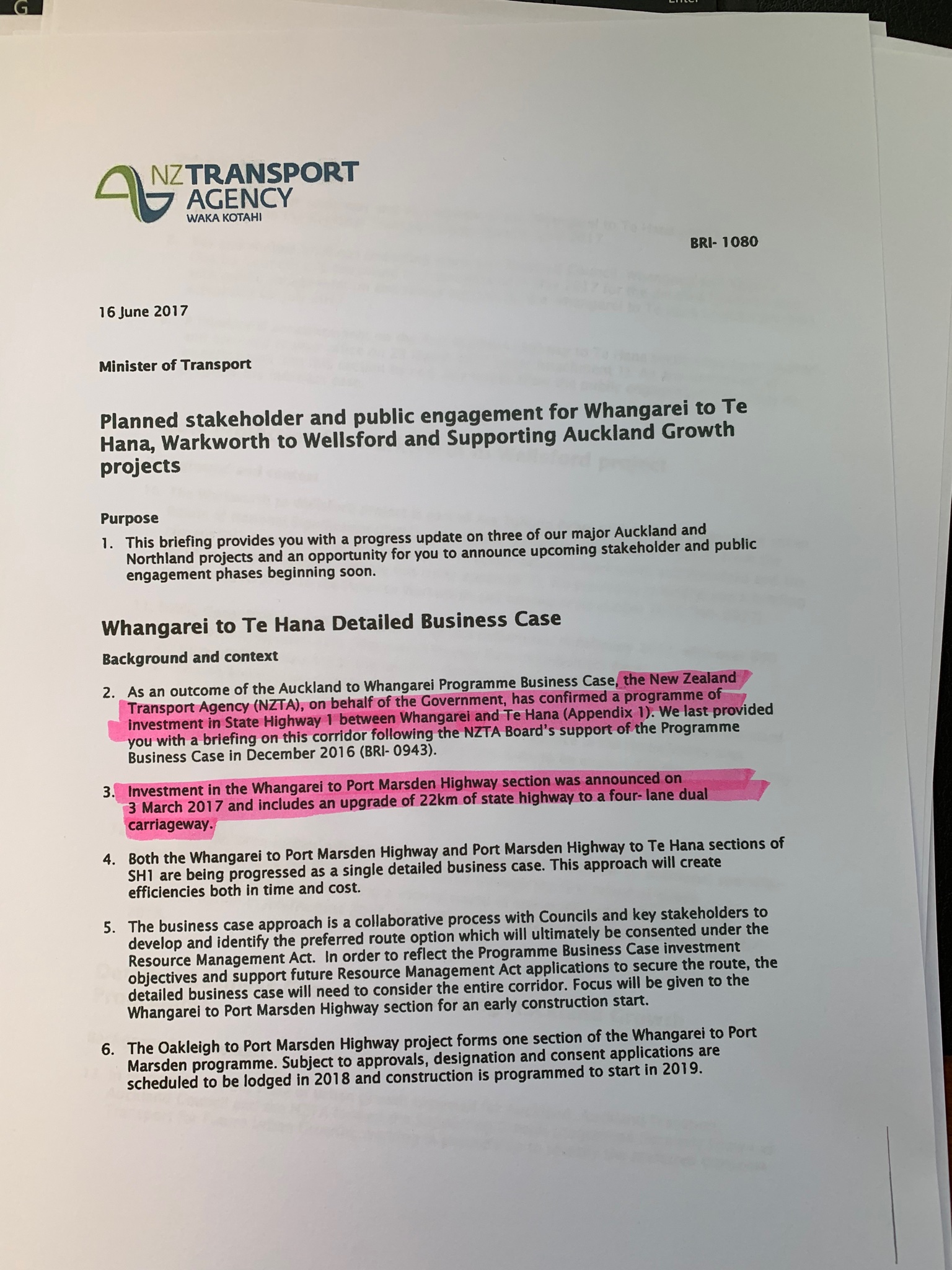 Its said that this announcement will give certainty to the civil contracting industry over the next 10 years which will enable it to train and retain a skilled workforce.

This sounds fantastic unless you look at it again. These projects (and others not included like Mt Messenger) were all in train and funded, scheduled to go under the previous Government and many would’ve been half built by now providing that continuity.

Except that there’s been a massive lull in works after Labour cancelled nearly all of them – just for this opportunity to bribe the electorate.

Now the hook: The timing means that none of them will be started before this September election with the uncertainty that will bring to ALL industry. Labour will imply that if they’re not re-elected the projects won’t go ahead and skeptics like me who’ve seen it all before will know there’s an even chance they won’t go ahead even if they are re-elected.

A National Government will be little better. They’ll get in and go Jeez, the books are terrible, we’ve got no money to do these projects and may well cancel the lot – even though they’ll have pledged to carry them on if elected -to keep them for a lollie scramble on another day.

So thanks a lot you useless b@stard politicians playing your politics with our livelihoods and kids’ futures. They can’t get industry training and employment if the industry has no continuity and this rips whatever confidence we might’ve had clean away.

?BREAKING ? We’re building on our progress from the last two years and future-proofing our country with the Big New Zealand Upgrade. More ➡️ labour.org.nz/nzup

Seems after higher tax collection, which was unexpected. That there was a 100 million dollar surplus before revaluations. Suppose after canceling $3.5 billion in road works and infrastructure. That would be in surplus. Fiddling books? #nzpol #auspol

Intel you can bank! Just spoke to a person from a vital part of Arderns team for 2020 who resigned in disgust. The person said Labour are absolutely shitting themselves about a second term, they have no new fresh ideas & fatso Robertson ends every meeting rotten drunk

At the start of a new year, I thought it might be good to reflect on some of the 'new years resolutions' from last year….. How do you think things went? #nzpol pic.twitter.com/m18ykJXG1C

Improved version of yesterday's video that so enraged the left. More info included to support theory that socialists elites draw the votes of gullible sectors of society with false promises, & & then enrich themselves while plunging those voters into greater poverty #nzpol pic.twitter.com/lFHMnSuP6W