Labour MP Willie Jackson had a shocker yesterday. National is clear on where we stand. We are the party of Law and Order. pic.twitter.com/xaFeedMcuS

So Labour are forcing those in emergency housing to pay 25% rent NZF are handing photos of journalists over to right wing hate blogs & the Greens woke identity politics is so alienating it’s making them politically irrelevant How did it get to this in less than 3 years?

Ardern promised to house all NZs homeless in her first 6 months of 2018. But instead she did nothing & went several tropical holidays while all measures of homelessness & poverty skyrocketed then she waited until the heat of election season to begin to this 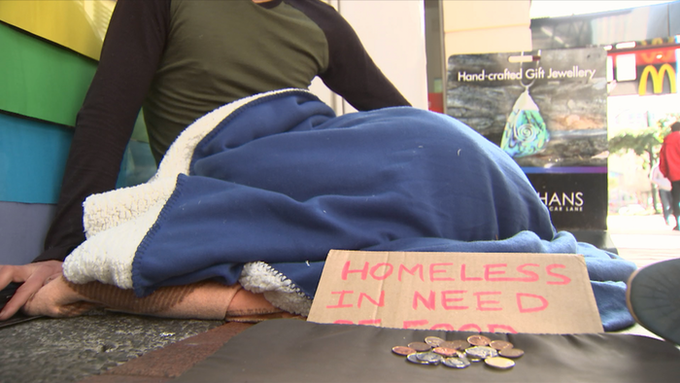 #NZPOL
When your Deputy PM has been caught in a fraud and you don't want to know about it: pic.twitter.com/ZpsusqsBmj

Illegal use of Ministerial car2009

Not sure who exactly is behind this one but it’s pretty much bang on. I also thought I’d post it as it has the far lefts handwringers haemoraghing & frothing at the mouth & that’s a good thing

SB’s recent article on The BFD, Our Country is New Zealand NOT Aotearoa, included a tweet that stated that “if you are speaking English then speak English.” That statement brought an old article to my mind. It comes with the inflammatory title of Aotearoa a European hoax. I don’t agree with all of its conclusions, but I really do love the opening line:

Maori arise. Tuhoe, march. You are in danger of having foisted upon you, in the guise of Maori history, a great European romantic invention.

Therein lies the problem most people ignore. In The Treaty of Waitangi, the land is only referred to as “New Zealand” and “Nu Tirani”. In modern times, the North Island has the official name of “Te Ika a Maui” (the fish of Maui) and the South Island is “Te Waipounamu” (the waters of greenstone), but prior to that the North Island was referred to as Aotearoa by some Maori.

Englishmen were the first to use “Aotearoa” as a collective name for our islands.

Aotearoa was popularised by men like Douglas Lilburn in his lovely Aotearoa Overture and Judge Thomas Henry Smith in his Maori translation of the national anthem. It was used frequently by historians like Governor George Grey and William Pember Reeves, and a host of European men from the Department of Education during the 19th and 20th centuries.

Therefore, Aotearoa is indeed an adopted English word, a great product of colonialism, and is undeserving of derision as “not English”. It’s also been adopted in Te Reo Maori as the primary name for New Zealand.

On that subject, it’s not strange to see that many Maori words are just copied from English, but transliterated where necessary. Nor is it wrong that many English words have filtered into just about every European language. Nor is it a problem that many Maori words are now being used in New Zealand English—koha words, as I call them. It’s inevitable where multiple languages exist in close proximity. And yes, you should try to pronounce them correctly just as we do with the loan words of other languages.

Complaints that the forced use of Aotearoa is a plot to alter the official name of the country, is North Island-centric, revisionist, and promoted by those who want to Myanmar-ise the nation, etc, are all perfectly valid criticisms and beyond the scope of my brief remarks. Keep making noise and the legal bid for “Aotearoa” will go the way of attempted assaults on our flag and anthem.

I must simply confess that every time I hear someone say “Aotearoa”, it puts a smile on my face as I think of those English and Irish colonial romantics now long buried.

Regardless of your opinions on the matter, it’s not a faux pas to use Aotearoa in English.