It snowed last night…
8:00 am: I made a snowman.
8:10 – A feminist passed by and asked me why I didn’t make a snow woman.
8:15 – So, I made a snow woman.
8:17 – My feminist neighbor complained about the snow woman’s voluptuous chest saying it objectified snow women everywhere.
8:20 – The gay couple living nearby threw a hissy fit and moaned it could have been two snow men instead.
8:22 – The transgender man..women…person asked why I didn’t just make one snow person with detachable parts.
8:25 – The vegans at the end of the lane complained about the carrot nose, as veggies are food and not to decorate snow figures with.
8:28 – I was being called a racist because the snow couple is white.
8:31 – The middle eastern gent across the road demanded the snow woman be covered up .
8:40 – The Police arrived saying someone had been offended.
8:42 – The feminist neighbor complained again that the broomstick of the snow woman needed to be removed because it depicted women in a domestic role.
8:43 – The council equality officer arrived and threatened me with eviction.
8:45 – TV news crew from CBC showed up. I was asked if I know the difference between snowmen and snow-women? I replied “Snowballs” and am now called a sexist.
9:00 – I was on the News as a suspected terrorist, racist, homophobe sensibility offender, bent on stirring up trouble during difficult weather.
9:10 – I was asked if I have any accomplices. My children were taken by social services.
9:29 – Far left protesters offended by everything marched down the street demanding for me to be arrested.
By noon it all melted
Moral:
There is no moral to this story. It is what we have become, all because of snowflakes. Promises to Pike families must be kept

Six years on from the Pike River disaster, the memory of that day still burns strong, and the families still wait for the Government to make good on its promises. They are still waiting for justice.

Mining communities are special. The work creates a tight bond – your life depends on the person next to you. That spirit of solidarity flows through the whole community. When I was head of the EPMU, the miners were always some of our staunchest members. They stand beside each other no matter what. When tragedy struck, it hit everyone hard.

The grief of the families, friends, and workmates, and the way the whole community rallied around them is still vivid. In that Kiwi way, we all did what we could, no matter how little it may have been. We all understood we needed to help those left behind, get the bodies out, and find out what went wrong so that it would never happen again.

John Key stood in front of those families and said “we’re committed to getting the boys out, and nothing’s going to change that. So, when people try and tell you we’re not… they’re playing with your emotions.” That was during an election campaign, though. The families are still waiting.

Now, Mr Key denies ever making that promise. Now, the government wants to seal the mine forever. Just this week, Mr Key sent Nick Smith to threaten the Pike families with arrest if they try to stop Solid Energy entombing their loved ones.

The Government claims it’s not safe to enter the drift and try to get any bodies in there out. That’s not true. Experts, both local and international, say the mine is now stable. We can get those men out, and secure evidence regarding the cause of the explosion. It can be done.

The National Government just wants to wash its hands of the whole thing, and move on. They don’t seem to care no-one has ever faced court for those 29 deaths, or that the families have never got the bodies back to bury.

That’s not the way Kiwis do things. We do right by people. We ensure that, when there is wrongdoing, there is justice. We keep our promises.

I’m standing with the Pike families in opposing the mine being sealed. It’s time a proper effort is made to bring their men home. They’ve waited long enough.

Joanne Naish20:20, Mar 30 2021
The Pike River Recovery Agency team has to tunnel through a Rocsil plug to get to the top of the drift.

Almost half of the families of those killed in the Pike River mine disaster are disputing a statement that they have “accepted” a Government decision to wind down re-entry efforts.

The Pike River Family Reference Group (FRG), which represents the families of 27 of the 29 killed and two survivors of the mine disaster met Pike River Recovery Agency leaders and minister responsible Andrew Little on Monday. Afterwards, the group released a statement that said they “accept, with heartbreak” the Government’s decision not to expand the drift recovery project.

Little said last week the Government would not consider doing a risk assessment and cost analysis of going past a roof fall blocking the mine workings.

Many family members who belong to the group say they were not consulted and did not approve the statement.

Pike River mother Carol Rose said 14 families supported calls by Pike River fathers Bernie Monk and Dean Dunbar for the Government to recover beyond the roof fall, which mining and ventilation experts had told them it was possible to do safely. She said she had received emails from more family members on Tuesday aghast at the FRG statement.

“I have written to Andrew Little and asked him to meet with all 29 families to give his presentation and then we will send out the information to everybody in written form and ask for a vote,” Rose said.

“That’s how we’ve always done it. We stood united against John Key’s Government, but now this Government has split the families by appointing the Family Reference Group. Divide and conquer.”

Cloe Nieper, widow of Kane Nieper who was killed in the mine, said she was at the meeting but was not asked if she accepted the Government’s position. She said there was no vote, and she was “blindsided” by the statement released by the Family Reference Group after the meeting.

Gordon Dixon, brother of Allan Dixon, said the families had been given no warning that such an important issue would be decided at the meeting. He supported calls for the Government to keep going.

Dixon could not attend the meeting, which he thought was just a briefing from the agency and Little. He said a family member who did attend via Zoom did not have a chance to discuss it with the wider family.

“We have been sold out by the Government and by the [families group]. I want to request the minutes for the meeting. As a family we talk about these things, but we didn’t have the chance.”

FRG chairwoman Anna Osborne said the statement was written at the meeting with input from family members.

She said the meeting was organised by the FRG so only the 27 families it represented were invited. Eleven families attended the meeting, she said.

She personally accepted that going any further into the mine would be too expensive, challenging and time-consuming.

Bernie Monk, from one of the four families not represented by the group, said Little had broken promises he made to the families.

Little wrote before the 2017 general election, when National was still in power, that “promises to Pike families must be kept”, the mine was stable and it was possible to get the men out.

In a Cabinet paper when the agency was set up after the 2017 election, Little said he would report back to Cabinet on whether any further feasibility work on re-entering the mine would be needed once the drift recovery was well-advanced.

However, he ruled out doing that assessment or report to Cabinet in March 2020 due to the cost when the agency was only 315 metres up the 2.3-kilometre drift.

Monk said he was “gutted”.

“They used us as an election promise to get into Government. Andrew Little stood on the steps of Parliament and supported us and now this is yet another broken promise to the families and the country.”

Little said he had not broken any promise and had told the families during the drift re-entry planning stage that while the Government was committed to recovering the drift, there was “no blank cheque for the project”.

“A commitment to reassess the feasibility of re-entering the mine was satisfied and concluded that it was not feasible to do so.” 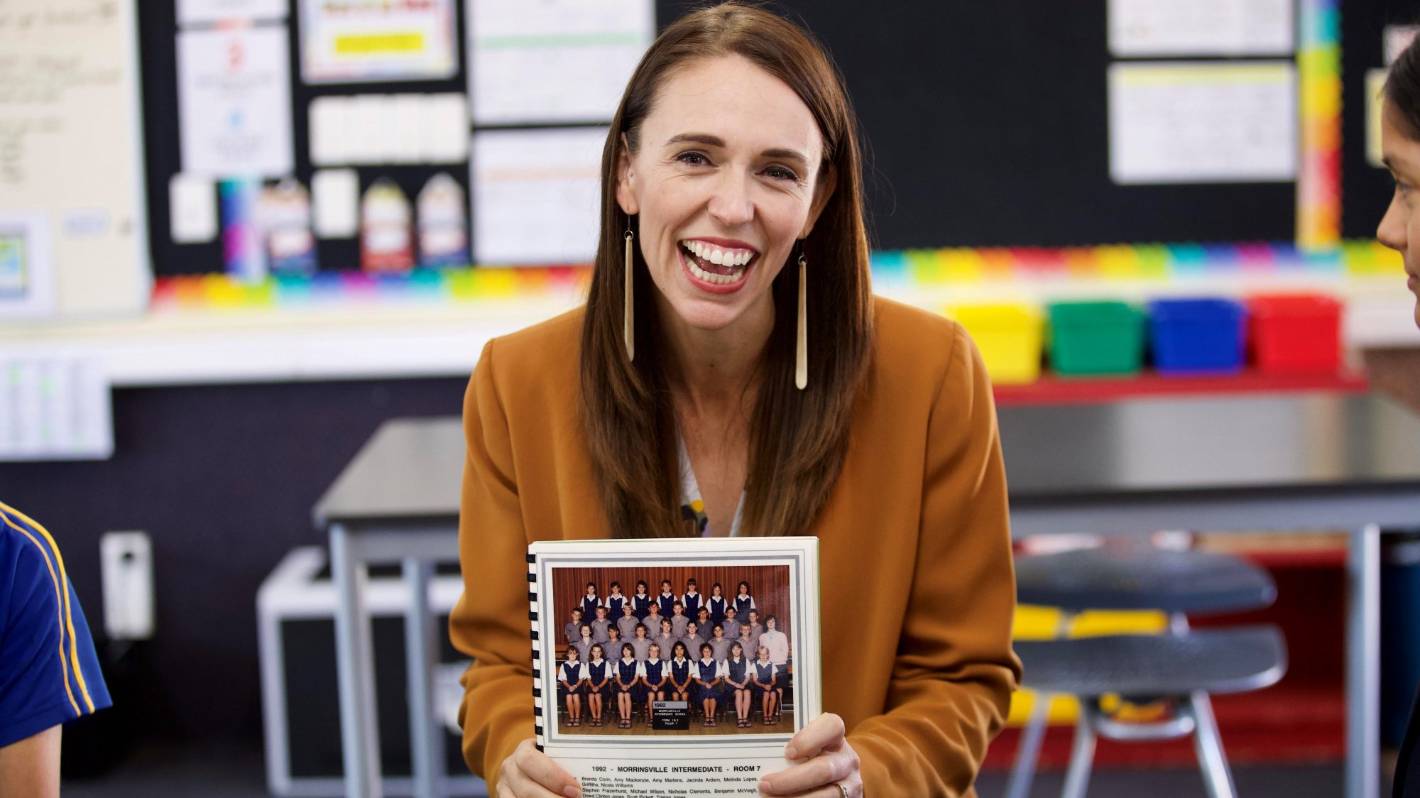 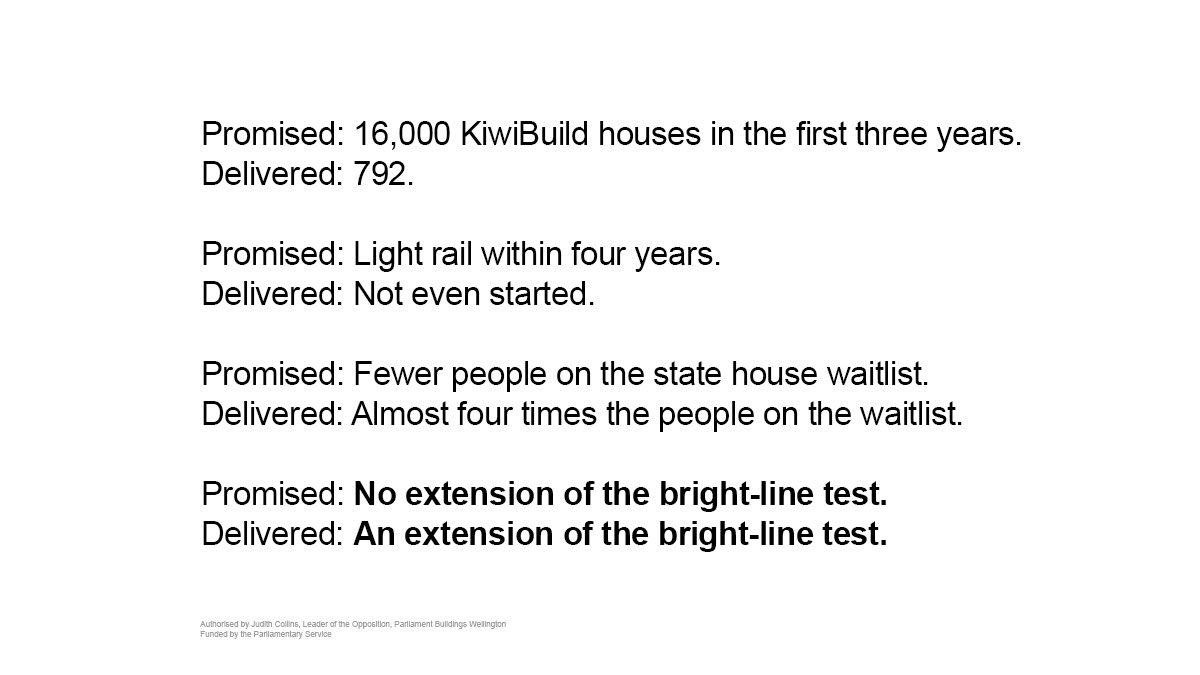 For those that support “Black Live Matter”

And only 1 group, African Americans as well.

WOW. You have No Idea

More and more TV Programs are supporting BLM (even though the murdering and damage they are doing).

Supporting Gay shit to look good (while believing in the bible).

Christin’s and Muslim’s need to rise up and Wipe this shit out.

Being taught in school that it’s OK to be gay. FUCK OFF it’s Not, IT’s SICK

Rise up and wipe this out