A mob of rioters just murdered a man in cold blood in Dallas. He was defending his store. pic.twitter.com/1b28ezTUiY

OPINION: Simon Bikindi is a singer-songwriter who composed songs inciting Hutu to slaughter their Tutsi neighbours during the 1994 genocide in Rwanda.

He was duly convicted by the International Criminal Tribunal for Rwanda (ICTR), but not before he enjoyed the services of a volunteer intern, now a member of the New Zealand Parliament, who has portrayed herself as a champion of human rights.

The photo of the two of them beaming at the camera has sent shockwaves through the Rwandan Twittersphere.

“This picture of a laughing genocidaire and his apologist,” Serge Kamuhinda tweeted from Kigali “just shows how vigilant we all have to be for evil will find friends”.

“This whole picture is disgusting” said another.

It rightly horrifies Rwandans that a New Zealand politician didn’t simply work for war criminals, but went out of her way to do so as a volunteer.

Not, mind you, volunteering to build homes for widows and orphans. Not working with Rwandan law firms to help build capacity in human rights law. Not spending one moment in the presence of the families whose loved ones were slaughtered at the behest of her clients.

Instead, she chose to use her time as a volunteer in Africa defending some of the worst criminals of the latter part of last century.

A free agent, Golriz Ghahraman is entitled to make that choice, just as we are entitled to assess her suitability for public office as a result.

Before the Greens deploy their troll army, I need to stress that, of course, accused war criminals deserve legal representation – a straw man rebuttal if I’ve ever seen one – and, at the ICTR, they had the best our money could buy.

The UN spent $2 billion during the life of the tribunal. They had 200 accredited lawyers. By the end, there were only 61 convictions – or $32 million a pop.

The notion that the ICTR was under-resourced, as Ghahraman claimed in the NZ Herald on Monday, is laughable.

As with most UN edifices, the ICTR is famously well-appointed.

What’s more absurd is the contention that Ghahraman played any notable role at all.

Facebook posts literally describe her as a “volunteer intern”.

I cannot stress enough how troublesome these choices were.

It had been struck by a missile that French ballistics experts concluded came from the Hutu Power barracks nearby.

It was an inside job by extremists alarmed at Habyarimana’s willingness to negotiate with the Tutsi forces known as the Rwandan Patriotic Army (RPA).

From hours after the plane was struck, Hutu propagandists began to spread the theory that it was the RPA who shot down the plane.

Despite being thoroughly discredited, this theory lies at the heart of genocide denial.

Denial doesn’t mean people refuse to accept killings occurred, but it usually takes the form of victim-blaming and muddying the historical waters so outside observers conclude each side is as bad as the other.

That was the precise strategy employed by the defence at the ICTR.

Their whole case hinged on historical revisionism, which is widely accepted by experts in the field as a form of genocide denial or diminution.

Why would Ghahraman work a case predicated on such an errant view of history?

There are clues to her thinking.

Shooting down the plane “may have been a war crime” committed by the liberating Tutsi forces, she wrote.

Turning victims into perpetrators is Exhibit A in the genocide denial playbook and Rwanda is no exception.

Ghahraman has consistently referenced her work as a human rights lawyer in such a way that audiences would naturally assume her work was with victims and survivors. In both Rwanda and the former Yugoslavia, this was not the case.

Until a month after the NZ election, Ghahraman’s Wikipedia entry claimed outright that she worked for the prosecution in both Rwanda and the former Yugoslavia.

The claim has also found its way into some media puff pieces. But it is a bald-faced lie, and a revealing lie as well.

It makes clear Ghahraman understood the political risks inherent in telling the truth.

Her Greens’ website profile says this: “Golriz has lived and worked in Africa, The Hague and Cambodia putting on trial world leaders for abusing their power, and restoring communities after war and human rights atrocities, particularly empowering women engaged in peace and justice initiatives.”

Admittedly, this will get you elected, whereas “Golriz worked in The Hague and Arusha to voluntarily assist in the defence of war criminals” will not.

There are three issues here.

First off, the fact she opted to spend a year defending mass-murderers when she was under no obligation to do so, and was clearly not required given the stupendous resources available to the ICTR.

Second, her willingness to collaborate with known genocide deniers like Peter Robinson to write papers that attempt to rewrite history and cast aspersion on the victims.

And, thirdly – and politically the most risky for her – she has established a pattern of embellishment and self-aggrandisement that is bound to curtail what might have been a promising career.

A critic on Twitter claimed I was opening old wounds by discussing the genocide.

Aside from reflecting a bizarre sense of what is likely to be offensive to Rwandans, it shows how little most Kiwis understand the great sensitivities that surround post-genocide reconciliation.

If wounds were opened, it wasn’t by me. And Rwandans are nothing if not vigilant when it comes to tackling genocide denial whenever it raises its head, as the flurry of outrage on my Twitter feed attests.

I lived and worked in Rwanda for three years, and I’ve been pushing back against genocide denial ever since.

If my life has a purpose, this is it. So I acknowledge my own bias when I say that Ghahraman should resign – for embellishing her credentials, lying about her prosecutorial role, collaborating with deniers, as well as showing the appalling judgment to spend months interning for mass killers.

But I concede most Kiwis won’t see the need for such extreme action.

At the very least, however, Ghahraman’s much-vaunted virtue has taken a well-deserved hit.

If I were her, I would take some time to read and reflect on the experiences of people like my good friend and former colleague Noel who lost every single member of his extended family in the genocide – and only survived because he was disguised in girl’s clothes.

Today he is married with a beautiful child.

Noel is full of optimism for his future, and the country’s. After all, life expectancy has doubled since the genocide, communicable diseases are on the run, extreme poverty levels have dipped sharply and economic growth is lifting millions into the middle class.

But he will never forget what happened to him and his family, or forgive those who make excuses for it – or, worse, use their limited time on Earth to help killers and not their victims.

* Phil Quin is a former Labour Party staffer. He ran a public sector project in Rwanda between 2012 and 2015, during which time he worked on the 20th commemoration of the genocide against the Tutsis. 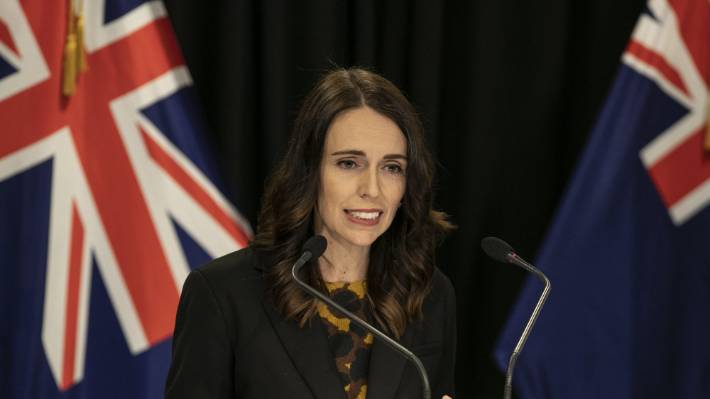 OPINION: It is important to understand political ideologies because they provide a lens into the underpinning beliefs and values that guide political goals and decision-making.

We would be fools to believe political decisions are primarily evidence based. Given we are facing what is likely to be many years of economic turmoil and hardship, the political ideology of our Government needs to be laid bare so we can gain insights into what a post-Covid-19 New Zealand economy might look like.

Arguably, the Government revolves around Prime Minister Jacinda Ardern – she calls the shots.

It’s a fair assumption to suggest that at the time of entering Parliament, an MP’s political views and beliefs are set and are the motivation to enter politics in the first place. Accordingly, to understand Ardern’s political ideology it is important to revisit 2008, when she entered Parliament as a Labour list-MP.

Earlier in 2008 Ardern was elected president of the International Union of Socialist Youth. In early 2009, just two months after becoming an MP, Ardern presided over the union’s World Council annual meeting in her capacity as president.

Official records of that meeting give us insights into Ardern’s political ideology. For example, the meeting documents state the aim of the union is to “defend and spread our core socialist principles”.

By the way, I have used “comrade” because it is how union members referred to themselves throughout the 2009 meeting.

The definition of “comrade” from An Encyclopedic Dictionary of Marxism, Socialism and Communism is as follows: “Originally, one who shares the same chamber. The term has been adopted by socialists and communists for party members.” I do not use “comrade” disparagingly here, as indeed Ardern herself used the term 15 times in just seven minutes at this public event.

So, what “progressive answers to the financial crisis” did Ardern and her comrades come up with? Did they propose ideas that would stimulate the economy so businesses could thrive thereby creating job opportunities?

On the same trajectory, Ardern and her comrades said: “Human beings are born with unequal resources available. We as young socialists believe in a social democratic system which secures a redistribution of resources.”

Oh, I get it now. Ardern and her comrades think it’s best that everyone is equal and this is achieved through securing a “redistribution of resources”.

After resources – aka your income and wealth – has been “redistributed’” what happens when some people start accumulating more income and wealth than others? Does that mean that the clock needs to be reset so everyone is equal again? And how often should the reset occur?

I suppose that is exactly what Ardern and her comrades mean because they further stated: “Today’s dominating economical system of Western capitalism has contributed to the unequal distribution of wealth worldwide.”

I wonder then what is the exact point whereby “inequality” becomes acceptable? For example, is a 20 per cent gap of “inequality” acceptable? Or does it need to be closer, like 10 per cent? Or do we all need to have the exact same amount of income and wealth?

I don’t know. But what I do know is Ardern and her comrades provided the above answers in 2009 and now she is leading us into the economic recovery of post-Covid-19.

39,000 new New Zealanders are now on unemployment because Jacinda failed to block our borders from #coronavirus.

But today in parliament MPs blocked a motion to make their OWN pay cuts compulsory.

Profiling a couple of NZGreens

candidates who will most likely become MPs if their vote exceeds 5%.

Let all of your friends know that these are the kind of extremist Marxists they’ll be putting into the NZ parliament if they vote Green Party. 1) Teanau Tuiono #nzpol