The New Zealand government has promised to get the country’s homeless population off the streets and into shelter in time for winter. 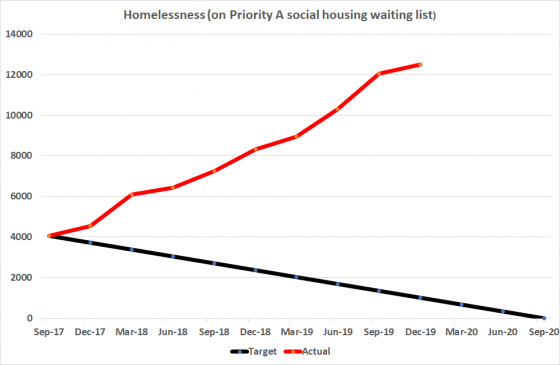 In a joint announcement on Friday, housing minister Phil Twyford and prime minister Jacinda Ardern announced a NZ$100m emergency housing package to tackle the ballooning problem. An estimated 40,000 people live in cars, tents and garages amid a chronic housing shortage in the nation of 4.7 million people.

“We’re pulling out all the stops to support people in need and urgently increase housing supply this winter,” said housing minister Phil Twyford.

Our government will make sure everyone is helped to find warm, dry housing this winter.”

With winter starting on 1 June in the southern hemisphere, less than four weeks away, the government has put out an urgent call for anyone with additional accommodation that may be suitable to house homeless people.

New Zealand has the highest rates of homelessness in the OECD, with more than 40,000 people living on the streets, in emergency housing or in substandard conditions. Per capita New Zealand’s homeless population is almost twice as bad as Australia, which is placed third on the list.

More than half of New Zealand’s homeless population live in Auckland but it is also growing in smaller cities such as Rotorua, Tauranga, Queenstown and Wellington.

“We’ve really made a plea today, any marae, any seasonal housing that might be available, please contact us, we’ll work alongside you,” said Ardern in a Facebook live video.

“As soon as we came into government we knew we wouldn’t be able to physically build the houses we’d need by May, when winter was really starting to bite. So we acknowledge this is emergency, this is transitional [housing], but we couldn’t stand by and see people in cars or completely unsuitable housing in the meantime.”

Ardern added that her team have been in touch with front line service providers such as Housing New Zealand and instructed them to be “flexible” and “supportive” to those in need.

“No one should be sleeping in a car this winter,” said Twyword. “Absolutely,” seconded Ardern. “No one”.

Community Housing Aotearoa said it welcomed the government’s push to get homeless people off the streets by winter.

“Once you fix housing you can fix an array of other social issues,” said CEO Scott Figenshow. “At the centre of any strong healthy community is quality and healthy homes.”